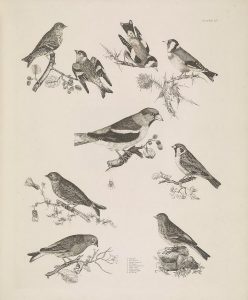 Hans Op de Beeck remembers as a child being intrigued by another student in his class who excelled in all subject areas but struggled with one specific task: mentally rotating drawings in 3-D for a technical drawing class.

“He just could not do it, and hardly passed the tests despite a lot of hard work and frustration,” Op de Beeck recalls. “This is an example of a domain-specific process failing.” Understanding the neural basis for such domain-specific failings as well as for domain-specific expertise is now a research goal of Op de Beeck’s, whose lab at the University of Leuven in Belgium studies how the brain changes when people learn new knowledge and skills.

“We underestimate how much each of us is ‘special’ in terms of what we learn,” he says. “There is a large diversity of occupations and hobbies, and many of them are associated with a lot of training and expertise. However, it is a challenge to study how the content from such a domain of expertise is represented in the brain.”

In a new study published in the Journal of Cognitive Neuroscience, his team looked at one specific area of expertise: ornithology. The researchers, which included lead authors Stefanie Duyck and Farah Martens, asked ornithologists and nonexperts to distinguish between 24 different types of birds in different positions while in the fMRI scanner. They used the results to analyze the visual expertise of the ornithologists at both the behavioral and neural levels, finding significant differences compared to the non-expert control group.

CNS spoke with Op de Beeck about the research and its significance, as well as next steps. 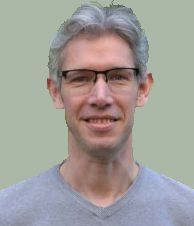 CNS: What new insight were you seeking with the new study?

Op de Beeck: Previous studies have studied which brain regions become more or less activated due to expertise. However, what we would like to know is how the differences between items within such a domain of expertise are represented. This is the level at which expertise is defined. For example, bird watchers do not just know that a bird is a bird; that is something we can all do. They know what species of bird it is. It is at this level that we wanted to study the neural representations.

CNS: How do you define “visual expertise” in this context?

Op de Beeck: Expertise is a complex phenomenon. We can operationalize and quantify it based upon behavior: experts are able to solve tasks in a particular domain that non-experts cannot. Visual expertise refers to such unusual abilities with visual material. Obviously vision is a very important sense for human cognition in general, and also in many domains in which we can acquire expertise.

There are a few important domains in which we all become experts, such as face recognition and reading. That makes it hard to study the underlying processes, because it is hard or even impossible to find a control group that has no expertise in those areas. The fact that a domain like ornithology is less common is a benefit in this respect.

CNS: Is that why you decided to look at ornithologists?

Op de Beeck: Yes, and also because ornithology has been studied before, so we have a bit of a reference already about the potentially implicated brain regions. One of these earlier studies was by our own group. It is also partially a pragmatic choice: there are many experts around in all age categories and as such we can recruit a sufficiently large group of participants from a relatively small geographic area.

Op de Beeck: A first and very important finding, was that we were able to indeed pick up the differences in neural signals between different stimuli within such a narrow domain. That is not trivial at all, given that all birds are alike up to some degree and thus in general activate the same brain regions. That is exactly why expertise requires training. However, the use of advanced so-called “multivariate analysis” methods allowed us to pick up these signals also at the neural level. This allowed us to study the properties of the bird representations: which differences among birds are reflected in the neural signals, are some dimensions encoded more strongly than others, and, most importantly for our interests in expertise, do these representations differ between experts and novices? A priori we were uncertain that this was going to be possible.

CNS: Were there any novel elements to your study design that you would like to highlight?

Op de Beeck: To get a good view on the properties of these neural representations, we had to carefully select a good set of bird conditions that allowed us to dissociate the many different dimensions on which birds can differ. This includes simple visual dimensions such as color and shape, but also more conceptual dimensions such as species properties. We dissociated these factors by including birds that show a large variety of visual properties within the same species. Often this is due to large differences between male and female birds with the male birds being much more colorful than the female birds. An expert would know that even in such cases, the male and female bird belong to the same species, while a non-expert would be confused by the obvious visual differences.

CNS:  What do you most want readers to understand about this work?

Op de Beeck: The takeaway message is that representation of objects of expertise is clearly different between experts and novices and we can detect these effects also at the neural level. Experts show more refined representations. In addition, these representations show more similarities and less variability among experts than among novices. In the brain, these group differences are most prominent in the prefrontal cortex.

Op de Beeck: A first important follow-up, is to apply similar designs and analysis methods in a larger variety of domains of expertise. The more domains we study, the better we start to understand the many different ways the brain can adjust to the challenges of having to support the high levels of performance that are expected of experts.

Another important follow-up is to compare the way the human brain solves such challenges with how this is approached in artificial intelligence (AI). AI is often very good at solving domain-specific problems, but it is questionable whether that is a good model for how humans solve such tasks.

In general, learning how the brain solves such tasks allows us to build more human-like AI models and to understand what goes wrong when people have a problem with such learning.

Previous article: It’s the Quality Not Just the Quantity of Words That Counts in Aphasia
Next article: Evolving Laboratory Tasks to Resolve Distraction