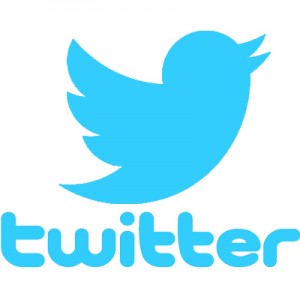 “Twitter is a weird, fast moving place that can feel bizarre and hostile before you get used to it,” says Micah Allen, a cognitive neuroscientist at the University College of London and an avid tweeter. But, he says, it is worth getting used to, as Twitter is a powerful tool for connecting with the broader scientific community – for everything from sharing new ideas to getting instantaneous feedback on research problems.

Here are some quick tips to getting started on Twitter. Remember to be patient, building a Twitter presence and repertoire takes time:

Pick a short name. Each tweet can only have 140 characters so choose a Twitter user name (called a “handle”) that is short. Other people will be more likely to mention you in their tweets if it doesn't take up too many characters.

Save some space. Try not to use up all 140 characters in each tweet. People will be more easily able to use or comment on your tweet if there are some extra characters remaining.

Liberally credit others. If you see an interesting story or idea on Twitter, tweet it, but be sure to credit the original source. Twitter is a social activity, and you will grow more followers and build more social interactions by crediting others. You can retweet (RT), modify a tweet (MT) or use a “hat tip” (HT) to indicate from whom you heard the information. (Check out the Twitter glossary for more terms.)

Start with a couple Twitter users you know and build from there. Pick a few people or institutions who you trust and follow them first to get started. Then check out who they follow to get ideas of other people you may want to follow.

For more on getting started on Twitter, check out these tips from Micah Allen (@neuroconscience):

1. Start slow and don’t expect everything to kick-off right away. Lurking is a great way to get a feel for the community and to find your peeps. Find a few people you respect and check out who they follow to get started.

2. Don’t focus on quantity. Trust me; quantity of followers is overrated particularly for most academics. What you want is to find the 50-200 people max who really reflect your interests. You might think that since these are people you regularly see at conferences anyway, what’s the point? You will be surprised how useful it is to connect with these people through a rapid, casual, and open medium. Plus they usually share their papers on Twitter before anywhere else.

3. Similarly, be careful following too many people early on. Once you balloon past 50-100 followed accounts, your stream can get really disorienting fast. It’s important to feel like you are actually part of a scientific conversation and not just pissing into the proverbial stream. Once you start to hit this number consider dumping all these people into a list, and keep that list bookmarked for easy access. Then you can follow as many people as you like, which is a nice way to build a more broad contact base, but also keep your signal-to-noise ratio manageable.

4. Be careful tweeting under the influence, particularly if you have strong opinions. Remember that Twitter is a 100% public sphere that is archived and indexed. It is very easy to tweet something that spirals out of your control. That being said, in my opinion people who openly share their strong opinions tend to do better on Twitter. This is one of those things you just have to make a judgment call on; if you wouldn’t say it to a speaker at a conference, you (probably) shouldn’t tweet it.

5. Keep it cool. Like with email, tempers sometimes fly on Twitter. 140 characters means it is very easy to interpret a joke or vague comment as an attack. Make liberal use of the delete button if you feel anxious about something you tweeted. Give yourself a mandatory 10 minute cool down before responding to something that angers you. And remember to use the block button; you will inevitably get followed and provoked by some colorful people. Block them and move on; Twitter is all about maximizing your signal-to-noise ratio.

(Read the full interview with Micah Allen for more on using Twitter for your science career.)

Here are a few suggestions for people to follow:

Check out 100 of the most followed scientists on Twitter, from Science Magazine

And of course @CogNeuroNews, the official account for CNS, where we cover daily developments in the field and news from our annual meetings, including #CNS2015 coming up March 28-31, 2015 in San Francisco.