Congratulations to Sabine Kastner our 2023 Annual George A. Miller Prize in Cognitive Neuroscience Awardee. Sabine will accept this prestigious award and deliver her lecture in San Francisco, CA March of 2023 at the Hyatt Regency San Francisco Hotel in the Grand Ballroom. 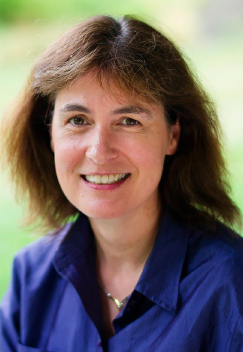 The selection of information from our cluttered sensory environments, often referred to as ‘attention’, is one of the most fundamental cognitive operations performed by the primate brain. In the visual domain, the selection process is thought to be mediated by a spatial mechanism – a ‘spotlight’ that can be flexibly shifted around the visual scene. In my lecture, I will provide an overview on its neural basis by discussing neuroimaging and intracranial electrophysiology studies in the human and monkey brain. Neuroimaging studies have shown that the spatial selection mechanism engages a large-scale network that consists of multiple nodes distributed across all major cortical lobes and includes also subcortical regions in the midbrain and thalamus.  Electrophysiology studies have provided a rich understanding of the specific functions of each network node and their functional interactions. Key findings reveal that (i) the cortical network is coordinated by a thalamic timekeeper in the pulvinar and (ii) processing in sensory cortex is modulated by feedback signals from a fronto-parietal control network. The fronto-parieto-pulvinar network is characterized by complex temporal dynamics that set up alternating attentional states, which emphasize either environmental sampling of information or shifting of spatial selection to a new location and can be measured as behavioral rhythms. Collectively, these studies in the adult brain set the stage for translational applications such as exploring the typical and atypical development of attention function and its deficits in neurological and psychiatric diseases.

Sabine Kastner is a German-born American cognitive neuroscientist. She is professor of psychology at the Princeton Neuroscience Institute at Princeton University.[1][2] She also serves as the scientific director of the Regina and John Scully ‘66 Center for the Neuroscience of Mind and Behavior,[3] a facility for imaging the human brain, and holds a visiting scientist appointment at the University of California at Berkeley.

About George A. Miller Prize in Cognitive Neuroscience

The Prize shall be awarded to the nominee whose career is characterized by distinguished and sustained scholarship and research at the cutting-edge of their discipline and that has in the past, or has the potential in the future, to revolutionize cognitive neuroscience. Extraordinary innovation and high impact on international scientific thinking should be a hallmark of the recipient's work.

To submit your nomination, send an email to ktretheway@cogneurosociety.org
with the following information by September 29, 2022.

Previous Winners of the George A. Miller Lectureship