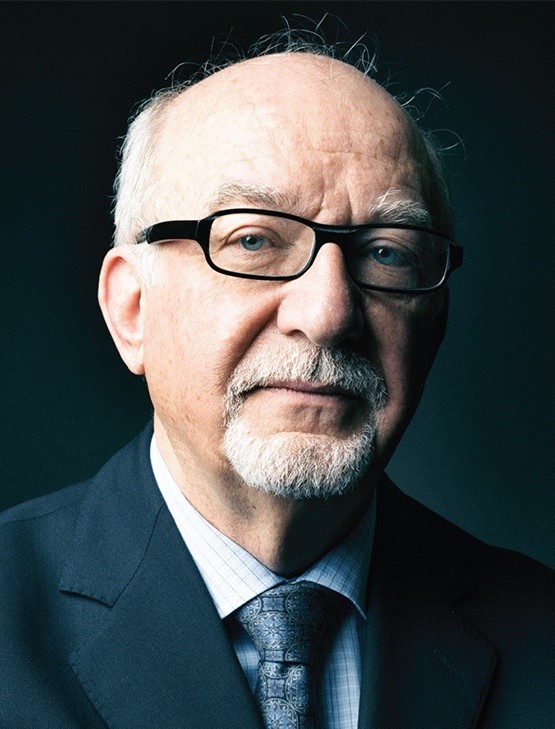 WHAT MAKES US HUMAN? SYMPOSIUM IN HONOR OF DONALD T. STUSS

Donald T. Stuss was one of the foremost contemporary neuropsychologists, world leader in the neuroscientific study of the prefrontal cortex, and founding director of two leading neuroscience institutes (the Rotman Research Institute and the Ontario Brain Institute). Stuss is most known for his clinical-scientific work on the human prefrontal cortex, starting with his seminal studies of prefrontal lobotomy patients, confabulation, and Capgras syndrome in the late 1970's at the Boston VA and the seminal 1986 volume, The Frontal Lobes (with Frank Benson) and continuing through to the present, highlighting the role of the prefrontal cortex in memory, social cognition, and consciousness. Stuss simultaneously contributed major conceptual advances in the areas of assessment, intra-individual variability, traumatic brain injury, rehabilitation, and neurodegenerative disease. Stuss's science always started with clinical observations and was centered on questions central to humanity, such as how we view ourselves and others and how we successfully function in the world. As a key figure who brought the human prefrontal function into the realm of empirical science, Stuss perpetually challenged orthodoxy with a combination of clinical sensitivity and experimental acumen. This symposium highlights of Stuss's contributions from the perspectives of some of his friends and colleagues across the spectrum of clinical and cognitive neuroscience, neuroimaging, and cognitive neurology.

Donald Stuss described the frontal lobes as the “final frontier of neuropsychology” (Stuss & Levine, 2002). Stuss and many others have struggled with the paradox that lesions to this region often cause major changes in behavior in the real world, but leave classic neuropsychological task performance unaffected. Unlike laboratory settings, life is messy, complex and highly multidimensional. Learning what matters and directing attention to those dimensions is especially challenging when the information we receive from our environment is noisy. In a series of experiments, we investigated the role of sub-regions of the frontal lobes to guiding attention to reward-predictive features in tasks that modelled some of this complexity and noise. Across tasks, we found evidence that damage to the ventromedial frontal lobe reduced attention to stimulus features that were predictive of reward in the long-term and impaired learning about the values of these features. On the other hand, lesions of the left lateral frontal lobe caused greater credit assignment to visually salient but reward-irrelevant stimulus features. We suggest that these frontal lobe sub-regions may be playing distinct roles in solving the problem of learning to optimize reward within such dynamic, complex environments. The ventromedial frontal lobe increases the gain on learning about reward-predictive features and the left lateral frontal lobe tunes the assignment of credit to overcome interference from irrelevant salient features.

Self-awareness was central in Donald Stuss’s theoretical understanding of what it is to be human. As is typical to many of his contributions to cognitive neuropsychology, Stuss was able to translate his clinical observations of even the most seemingly bizarre neurological phenomena, such as Capgras syndrome and confabulations, into a systematic hierarchical theory of awareness. Borrowing from William James, Stuss argued that the forceful conviction in false beliefs or false memories that these patients demonstrated was intimately connected to their personal memories and the sense of warmth and immediacy these memories carry. A breakdown in executive functions such as monitoring and decision making was thought to contribute to the perpetuation of these false memories. In other words, self-awareness of requires both a sense of subjectivity and an ability to perceive oneself objectively as others do: ‘‘that attribute of the human which not only allows awareness of the self, but also realizes the position of the self within the social milieu’’ (Stuss & Benson, 1986). In this talk I will present lesion and electrophysiological data that probe the contributions of ventromedial prefrontal cortex to the evolution and perpetuation of confabulation. In the spirit of Stuss’s approach to the brain I will emphasize both fractionation of function within the frontal lobes and its interactions with other cortical and subcortical structures to explain how subjective and objective truth values may diverge.

This talk will address the neurocognitive architecture of two executive functions: criterion-setting – the capacity to flexibly set up and select task rules and associations between stimuli, responses and non-responses, and monitoring – the process of continuously evaluating that task rules are being applied optimally. There is a documented tendency for criterion-setting and monitoring to differentially recruit right and left lateral frontal regions and connected networks, respectively, above and beyond the specific task context. This model, known as the ROBBIA model, initially originated from extensive neuropsychological work leaded by Don Stuss. Novel empirical evidence in favor of this model on both healthy and brain-damaged individuals will also be shown, coming from functional neuroimaging, EEG, individual difference approaches and, again, neuropsychology.

TALK 4: UNDERSTANDING THE WORKINGS OF THE HIPPOCAMPUS: LESSONS FROM VENTROMEDIAL PREFRONTAL CORTEX

It is difficult to make sense of the complexity of prefrontal cortex, an evolutionary newcomer that is needed for seemingly disparate, higher-order cognitive and socioemotional abilities that are not readily detected with standard neuropsychological testing. Donald Stuss embraced the challenge with an approach that integrates astute human observation, macaque cytoarchitecture, and theoretically grounded tasks within a clinical-scientific framework. In doing so, he brought us closer to understanding the nature and extent of functional dissociations and coordination among ventromedial prefrontal cortex (vmPFC) subregions, with the ultimate goal of developing meaningful strategies to help patients compensate for functional loss. Here I present studies that apply this approach to understand the functioning of the hippocampus, a relatively primitive brain structure known for its role in episodic memory. Recent research suggests that the hippocampus plays a role in cognitive abilities beyond episodic memory, including future imagining and decision-making, but the nature and extent of this role remains unclear. Using tests of reward discounting, gambling, and moral reasoning originally developed to assess vmPFC integrity, we show that not all types of future-oriented decisions are affected by hippocampal damage. The results suggest that just as there are multiple forms of memory, there are multiple forms of future thinking, with differential contributions from the hippocampus vs. vmPFC. Findings may inform guide the development of workable interventions to address impaired memory and decision-making.