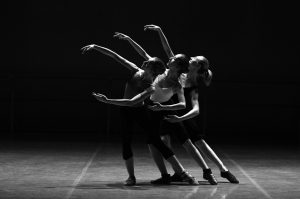 As a ballet dancer, Emily Avery has always had a great appreciation for people’s ability to execute complex movements, recall choreography, and internalize intricate musicality. Her love of dance is what first drew her to the field of cognitive neuroscience, where a growing body of research is using neuroimaging and computational techniques to study working memory. That baseline interest grew as Avery became a medical student, seeing the effects of memory deterioration across populations.

“When I learned about techniques like connectome-based predictive modeling, I was excited by the opportunity this could provide to study neural bases of memory in both healthy and memory-impaired individuals,” says Avery, a student at Yale Medical School. Indeed, a new study published in the Journal of Cognitive Neuroscience by Avery and colleagues uses a person’s unique pattern of functional brain connectivity to measure and predict individual working memory through connectome-based modeling.

“Our work demonstrates that an individual’s unique patterns of functional brain connectivity are indicative of their working memory capability,” she says.“This holds true into older age, even when individuals suffer from memory-impairment.”

CNS spoke with Avery about this new work, the connectome-based approach, and next steps for the research, including its potential significance for memory diagnostics. 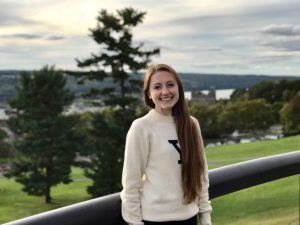 CNS: Briefly, what have we known previously about individual differences in working memory?

Being that working memory is so critical and impactful, recent work has focused on elucidating the mechanisms by which it varies across individuals. Several neuroimaging studies have emphasized the importance of functional connections between distributed brain regions including frontal, parietal, premotor, and occipitotemporal regions in mediating working memory (e.g., this work in 2004 and this in 2018, among many others), with recent work implicating large-scale, distributed networks in working memory capacity, most recently in Nature Communications, for example.

CNS: What new insights were you seeking?

We were also curious about whether the same functional connections that predicted working memory performance also predicted performance in other domains, such as fluid intelligence and attention. This question allowed us to study the relationships between these different processes in a new way, comparing their associated functional brain connectivity patterns.

CNS: Can you highlight any novel aspects of your study design?

Avery: While our study focused on working memory, we also created models of fluid intelligence and attention. Comparing the patterns of brain activity that give rise to working memory, fluid intelligence, and attention allowed us to study the relationships between these cognitive abilities in a new way, establishing a methodology that can be applied to future research in this area.

Additionally, while previous work has explored individual differences in working memory and predicted memory impairments related to psychiatric disease, our study is the first to our knowledge to use a connectome-based model defined in one data set to predict memory capability in a novel sample of older-aged, memory-impaired individuals.

The success of our model in predicting memory performance in older adults was notable, and it allowed us to gain insights into the patterns of brain activity that continue to contribute to memory in older age.

CNS: What is your favorite way to describe your connectome-based modelling approach?

Avery: In connectome-based modeling, we use an individual’s unique functional connectivity patterns to predict their performance in a particular domain. Of many thousands of functional brain connections, we identify several hundred that are most related to performance, in this example, on a working memory task, with some connections being stronger in individuals who performed well on the task, and other connections being stronger in individuals who performed poorly. We use this knowledge to predict how well an individual will perform on the task based on their unique connectivity patterns.

Avery: The fact that we were able to predict individuals’ working memory capability from their functional connectivity patterns alone was an exciting finding by itself. We were further excited to learn that our model of working memory was broadly applicable – the success of our model in predicting memory performance in older adults was notable, and it allowed us to gain insights into the patterns of brain activity that continue to contribute to memory in older age.

Avery: We have a long way to go before brain connectivity patterns can be used as a diagnostic memory tool. However, our work sets the stage for further investigation of the relationship between brain activity and individual capability in other memory domains, such as long-term memory. Other forms of memory impairment, including the variety of dementia subtypes, may also be of interest for future studies.

Using the methods of our current work, we may then compare the brain connections that give rise to working memory to those that give rise to other memory types or are different or absent in other clinical cases. As we strengthen our understanding of the relationship between brain connectivity patterns and memory performance, our work may even inform future cognitive training in this domain.

Previous article: Models of Our Selves Reflected in Our Friends
Next article: Mapping the Brain’s Visual Behavior One Tidbit at a Time