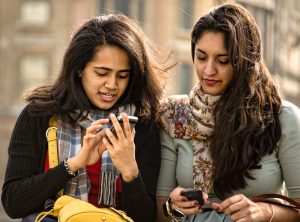 Just like when an architect builds a scale model of a building, friends in your close-knit social circle build representational models of you. That’s how Robert Chavez, a social cognitive neuroscience at the University of Oregon, describes the neural representations we have of our friends. “And just like the architectural model, others’ representation of you is not as big and does not contain all of the details of your representation of yourself but may provide a useful model for understanding you and your behavior.”

In a new study, published in the Journal of Personality and Social Psychology, Chavez and co-author Dylan Wagner of the Ohio State University used a “round-robin” fMRI set-up and multivoxel brain activity modeling to measure and compare such representations of self and others.

“Personality psychologists have shown that friends are good at accurately predicting each others personality traits, especially when these ratings are aggregated across raters,” Chavez explains. “Since we know self-representation and mentalizing processes are supported by similar areas of MPFC, we wanted to test the idea that, when thinking of well-known individuals, fMRI patterns of a target’s self are similarly related to fMRI patterns of others thinking about that target.”

The researchers found that self-other patterns correlated with one another for most targets above and beyond their self-other correlations when thinking of a different target. They also found some evidence that aggregated responses two each target outperformed individual responses. Chavez spoke with CNS about these results, the motivation for the study, the innovative round-robin fMRI design, and future directions for the work.

Chavez: I have always been a very contemplative and introspective person, especially about myself and my social environment. Being able to reflect on the content of my own character, traits, and habits is a remarkable ability that is especially pronounced in our species and that idea really gripped me as a scientist. Just like every other psychological process, thinking about the self and others are brain processes that we can begin to understand using neuroimaging methods, and this is the primary focus of my work. Researchers are often accused of doing “me-search”, and I guess I took that quite literally.

CNS: What have we known previousl 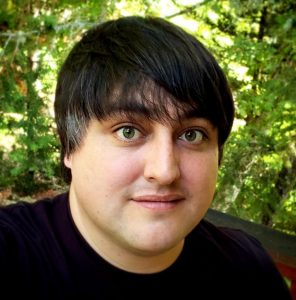 y about neural representation of self and others?

Chavez: We have known since the early 2000s that cortical midline structures, particularly the MPFC, are involved with thinking about the self across a number of different experimental paradigms. However, we also know that these same regions partially overlap with areas that are involved in mentalizing and social cognition more generally. Thus, we’ve been interested in the relationship between self-reference and mentalizing and how they are represented in these regions.

CNS: Can you describe how the “round-robin” study design worked?

Chavez: In a typical self/other design, you would be making trait judgments for yourself and another person. However, there was usually only one other person who was common for everyone but not known personally (e.g. a celebrity) or well-known but idiosyncratic to each subject (e.g. best friend). In the round-robin design, everyone in the study is both a perceiver and a target for every other person in the study. This ensures that each subject has multiple well-known targets to rate, and allows us to directly relate self-referential and other-referential across several people in ways not possible with the typical design.

CNS: Can you highlight any other novel aspects of your study design?

Chavez: To our knowledge, only one other fMRI study has used a round-robin paradigm, and this design was among the most novel aspects of the study. However, the way we incorporated the round-robin design into self/other interpersonal perception paradigm using a multivoxel pattern analysis approach has not been done before. We believe this approach creates very rich opportunities for exploring self/other relationships as they are encoded in multivariate response patterns distributed across and the brain in ways that cannot be studied easily with other methods or in animal models.

Chavez: Though not highlighted in the paper, one of the most interesting findings to me in this analysis was that, although the self/other similarities were high, the magnitude of the voxel responses were much higher for self vs. other. This means that, although self-responses are greater in this part of the brain, information about others is also represented in subtler underlying patterns of responses there too. I believe this helps to make sense of both self/other perceptions as well as making sense of univariate vs. multivariate responses differences in the vMPFC.

Chavez: We are following up with this initial study with a much larger version of a similar round-robin design where we can start to address some questions we didn’t have the statistical power to answer before, e.g. individual differences. This time, however, rather than recruiting a single, large round-robin group, we are collecting many smaller groups of six people per group. This allows us to sample many different kinds of social networks — such as friends, coworkers, housemates — and increases the number of trials per target we can estimate in the scanner for each subject. It is our hope that this will help elucidate some of these findings even further.

Chavez: The best is yet to come!