Just as attitude can affect how someone feels when undertaking a task, so too can mindset affect what someone remembers from an experience. Think about a hike, for example. If all goes as planned, you reach the summit, making memories of the sites and sounds along the way. But if that hike starts with seeing a snake at the trailhead, you suddenly become so consumed with watching out for snakes that every tree branch and pile of leaves becomes mistaken for the slithery creature.

The hiking example is Vishnu Murty’s favorite way to describe the work he does to understand how goal states affect memory. His team has found that when people are under threat, the memories they capture lack contextual details, focused instead on the most salient features of the environment – highlighting an important aspect of the effects of emotion on memory.

A cognitive neuroscientist at Temple University, Murty is a co-recipient of the 2022 Young Investigator Award. We spoke with Murty about his upcoming award lecture at CNS 2022 in San Francisco this April, as well as how he got started in the field, his team’s naturalistic studies, and future directions for his work. 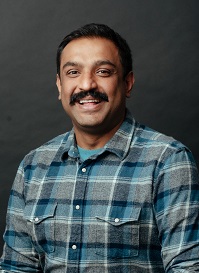 CNS: How did you become interested in cognitive neuroscience?

Murty: In undergrad, I continuously changed my majors until I drifted from cellular/molecular biology to neurobiology to neuroscience. As a neuroscience major, I started doing cognitive neuroscience research with Luiz Pessoa and fell in love with it. I guess I was always enthralled with behavioral neuroscience, but felt like it was important to extend it into elements that are more easily addressed in humans. Things like goal states and memories, which often can feel like narratives, are quite hard to explore in animals. As for my work in affective memory, there was something wonderful about there being a research space where intuition and prior work could intersect to ask novel research questions. No joke, I will be sitting and reminiscing about things like my first trip to Disney World, and I am like why in the world does it feel like this.

CNS: What will be the main message of your award talk at CNS 2022 this April?

Murty: If there were a take-home message to the talk, it would be that individuals recruit very different neuromodulatory systems when memory is guided by a single learning objective (i.e., under threat) or more free-form exploration of a space (i.e., agency, play); as a result, memories can vary on multiple dimensions aligned with engaging these neuromodulatory systems, including content, structure, and organization. The talk will be grounded in old work, but will highlight work in progress including some more unconstrained studies and some clinical data characterizing individuals at risk for psychosis and PTSD.

CNS: Some of that “more unconstrained work” takes place in non-lab settings, such as work presented in a preprint in which you and colleagues studied the connection between recall and emotions in a haunted house. Can you talk about the origins of that study?

Murty: In emotional memory research, particularly behavioral neuroscience research, threat is always associated with sensory narrowing, as well as freezing behavior. In lab paradigms, we show people pictures of things like snakes and spiders, and you feel the freezing/narrowing a smidge but not a ton. However, when I visited a haunted house as a postdoc with two grad students, I remember freezing and thinking “whoa, this is what freezing feels like”thinking that one day, I needed to study it. Then it just took 6 years to start my own lab and have the resources to do it.

One thing that surprised me in that study is that when we looked at high-anxiety participants, rather than them having an even bigger response to the haunted house, it seemed like their memory distortions were generalizing to neutral contexts. It reminded me how anticipatory anxiety can be.

We literally do not keep veridical accounts of anything. … in reality everything is on a spectrum of ‘truthiness.’

CNS: Do these more naturalistic study settings translate more to the real world?

Murty: I think it’s a slow step towards real-world, but still strongly think the ratio needs to be heavily in basic lab based studies, to a lesser extent staged events, and then to an even lesser extent real world studies. I would say I would like to keep a 3:2:1 ratio on those things.

CNS: What do you think people most often get wrong about memory?

Murty: They often miss that idea that all memories, even the ones that seem boring, are filtered through our goal states. We literally do not keep veridical accounts of anything. Relatedly, people often think that memories are binary. You either have them or not, or they are true or false, when in reality everything is on a spectrum of “truthiness.”

CNS: How can your work translate to clinical populations?

Murty: For the clinical work, what is cool is that we can generate profiles of what things look like in certain goal states in normative populations (for example, salience detection for psychosis, threat detection for PTSD), and we see that these normative profiles seem leveled up or escalated in individuals at risk for developing these disorders. It is a good reminder that psychopathology is normative behaviors with the volume turned up really high or really low.

CNS: What’s next for your work?

Murty: The lab is getting jazzed at extending our analysis techniques into computational modeling and natural language processing, both in attempts to add more structure to paradigms that will be a little more ecologically valid.

CNS: What are you most looking forward to at CNS 2022 in San Francisco in April?

Murty: Finally seeing people in person and experiencing that community feeling, which makes me love CNS! So many of my close friends and colleagues are people that I met through CNS.