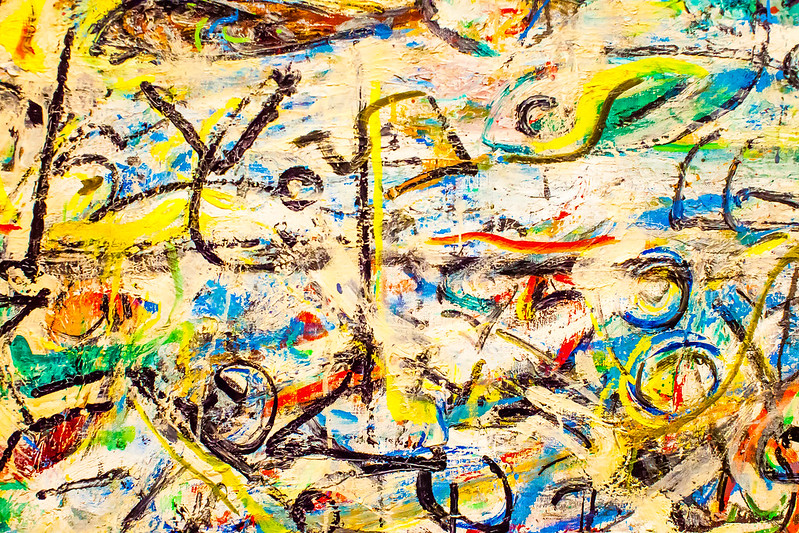 When I have taken my children to art museums in the past (pre-COVID), they loved to strike the poses they saw in the sculptures and paintings around them, mimicking the positions and actions that inspired the works. While many of us adults may not act out pieces of art, we may be mentally simulating the actions, emotions, and sensations of both the figures and artists, even without knowing it. Indeed, in 2007, researchers argued that such simulations are crucial to aesthetic experiences. And now, cognitive neuroscientists are working to further understand how motor brain function contributes to aesthetic experiences.

“We wanted to focus specifically on abstract art to investigate how observers respond to the painting actions of the artists,” says Stacey Humphries, who co-authored a new paper on the topic in the Journal of Cognitive Neuroscience while a postdoc with Anjan Chaterjee at the Penn Center for Neuroaesthetics. “The idea is that subtle movement cues implying trajectory and force are preserved in the gestural quality of brushstrokes, and that observers can simulate the parent action from the information contained in its trace.”

She and colleagues asked participants, 43 participants with Parkinson’s disease and 40 people without the disease, to view, judge, and rate two sets of paintings. The first was a set of Jackson Pollock paintings, which have high motion with very visible movement traces in paint splatters. The second set of paintings were by Piet Mondrian, which were low motion, characterized by straight lines, color blocking, and no visible brushstrokes.

Participants completed a task in which they saw every possible pair of paintings within each set, and decided which they preferred. These pairings were repeated several times so that researchers could create an order of personal preference for the paintings over time. In addition, participants rated each painting for aesthetic and formal qualities such as beauty, motion, complexity, and balance.

Overall, Humphries’ team found that the participants with Parkinson’s disease maintained stable and internally consistent preferences for abstract art, but had significantly lower perception of movement in the paintings than those without the disease. Now an assistant professor at Goldsmiths, University of London, Humphries spoke to me about this study, its implications, and future research directions. 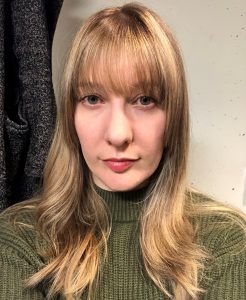 This idea is closely connected to the embodied account of cognition, an account that remains highly controversial in cognitive neuroscience. At around the same time, the embodiment thesis was gaining traction in the field of neuroaesthetics. Several groups observed that motor areas of the brain were functionally activated in response to particularly “dynamic” works of art, even though the artworks themselves were static. These findings inspired a lot of discussion, but an overarching question remained: Was this observed motor activity functionally contributing to the aesthetic experience or was it merely epiphenomenal?

I was a postdoc working with Dr. Anjan Chatterjee in the Penn Center for Neuroaesthetics when we became interested in this question. Anjan is a cognitive neurologist and his lab has a strong track record in conducting patient studies. At the same time, the Center was hosting several members from the humanities, including an art historian and a practicing abstract artist, so the intellectual environment was perfect for doing this kind of work.

CNS:  Why did you decide to look at people with Parkinson’s disease?

Humphries: Parkinson’s is a neurodegenerative disease that mainly affects the motor system. Our participants were early in the course of their disease, so they exhibited mild to moderate motor symptoms without any obvious cognitive symptoms. There is a body of literature suggesting that, in addition to impairing overt movement, Parkinson’s also impairs the ability to conceptualize or represent action information. People with Parkinson’s may be impaired in the ability to imagine, name, generate lists of, and gesture about actions. However, there is some disagreement about this in the literature because null results have also been reported. A Registered Report I worked on as a postdoc, for example, found only limited evidence in favor of the idea that Parkinson’s impairs literal and metaphorical processing of action sentences.

CNS:  What were you most excited to find?

Humphries: Overall, we found that the Parkinson’s patients’ aesthetic preferences were stable and transitive. This was somewhat surprising because, in addition to impairing movement, Parkinson’s also impairs executive functions supported by frontostriatal circuitry. With that in mind, this finding suggests that people’s aesthetic preferences are highly stable, even in the presence of executive dysfunction.

However, we were most excited to find that the Parkinson’s patients gave significantly lower motion ratings to both the high- and low-motion sets of paintings compared to controls. In addition, the relationship between motion and aesthetic value was fundamentally altered in Parkinson’s.

Humphries: For control participants, the relationship between their perception of motion in the paintings and their aesthetic preferences followed a quadratic or inverted U-shaped curve. This means that increases in motion at the low end of the scale were associated with increased beauty and liking, however, the paintings with the highest levels of perceived motion were linked to displeasure in the controls (lower beauty and liking ratings). In contrast, the same relationship in people with Parkinson’s disease was straightforwardly linear: As the amount of motion in the paintings increased, so did their ratings of beauty and liking. We interpreted this as indicating that the patients’ overall restricted perception of motion means that they only ever experience the ascending side of the controls’ more complicated relationship between these variables. That is, their experiences of motion never reach a peak after which it would become aversive.

We were also quite surprised that the Parkinson’s group gave lower motion ratings for both sets of paintings. After all, only our Pollock paintings contained visible traces of painterly motion. This result does not seem to cohere well with the embodied simulation account, because what are people “simulating” in a Mondrian?

CNS: Were there any novel elements to your study design that you would like to highlight?

Humphries: There were two sources of random variation in our design: participants and the paintings. To analyze these data using a traditional ANOVA, we would have needed to either average over items to do a subjects-analysis, or analyze over subjects to do an items-analysis. Neither of these scenarios is ideal because in either case you end up disregarding important sources of variation. Instead, we used linear mixed-effects models to account for both sources of variation.

CNS: What do you most want the general public to understand about this work?

Humphries: Aesthetic engagement and art appreciation are fundamental aspects of human experience. Cognitive neuroscience can advance our understanding of the psychological and neural mechanisms that underpin these experiences. Our findings suggest that altered brain functioning changes the way art is perceived and valued. In particular, the brain systems responsible for motor control are linked to our aesthetic preferences. This is important when you consider that many social programs for seniors and people with neurological impairments involve the arts.

Humphries:  Our working hypothesis is that particular arrangements of visual elements are felt or interpreted as more or less “dynamic.” I am planning to use image statistics to try to narrow down which combinations of features affect perceptions of motion in static images.

Parkinson’s also affects the reward system, so I am now investigating how Parkinson’s might affect aesthetic experiences from the perspective of impaired reward processing rather than impaired motor processing. Stay tuned!

CNS:  I see you are now working on a new master’s program in aesthetics and creativity… Why do you think this field is important?

Humphries: Yes, along with Dr. Guido Orgs and Dr. Rebecca Chamberlain, I’ll be coordinating the MSc in Psychology of the Arts, Neuroaesthetics, and Creativity, which launched a couple of years ago. The master’s addresses questions that are fundamental to the human experience, such as how people generate creative ideas, products, and solutions, how we appreciate beauty, and how we form preferences. These aesthetic and creative experiences are relevant to every aspect of our lives, and in many applied contexts. The course builds knowledge and develops students’ research skills centered on understanding the psychological and neural mechanisms of these processes.

Existing courses combining art and psychology often have a largely therapeutic focus and rarely cover the psychology of aesthetic appreciation or creative cognition, in a broader profile. In contrast, business-oriented courses in marketing, advertising and consumer psychology often lack adequate scientific training in experimental psychology or cognitive neuroscience methods, which is required for a scientific approach to aesthetics and creativity.