Adolescence provides a unique opportunity for neuroscientists to understand an important in-between step in brain development. Straddling the worlds between adulthood and childhood, adolescents often are expected to take on more responsibility and independence, yet their brains are still not fully matured. In a new study, cognitive neuroscientists sought to investigate the adolescent brain through a real-world medium, film.

Yulia Lerner of Tel Aviv University, Suzanne Scherf of Pennsylvania State University, and colleagues looked at brain activity across the cortex in older adolescents, 15 to 19 years old, while watching the movie “Escape to Witch Mountain.” They compared the neural responses via fMRI scans to those of younger adolescents, 9 to 14 years old, as well as adults. The researchers were specifically looking at “neural coherence,” how consistent responses were across individuals in response to complex stimuli.

“Our focus on the developmental period of adolescence is especially novel in this work, Scherf says. “The overwhelming majority of the existing developmental work on neural coherence has studied much younger children. Here, we show that developmental changes in stereotypical neural responses continue through late adolescence.”

As published in the Journal of Cognitive Neuroscience, they found that the neural coherence was similar within age groups but differed across groups in certain regions of the cortex. They generally found non-linear patterns between the ages, suggesting that “that maturation is not a lockstep sequential process across ages, at least in the range of ages we have tested,” Lerner says.

I spoke with Scherf and Lerner to learn more about the study and its implications.

CNS: How did you each become personally interested in this research area? 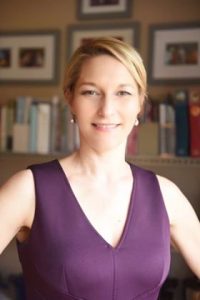 Scherf:  I am a developmental cognitive neuroscientist by training. We started this project a long time ago when Uri Hasson, our collaborator, was in the early stages of developing the inter- and intra-subject correlation techniques to evaluate brain activity in revolutionary new ways. Collaborating with Uri to evaluate age-related changes in brain function was a natural extension of his original work that addressed individual differences among typically developing adults and between typically developing adults and autistic adults.

I was training with Marlene Behrmann as a postdoc at the time to learn more about the neural basis of face and object representations. Together, we did some important early work on the development of these representations in children, adolescents, and adults. Therefore, this was an elegant merging of expertise in developmental neuroscience, visual neuroscience, and computational neuroscience. It allowed us to ask novel questions about the underlying mechanisms that support age-related changes in the developing brain. 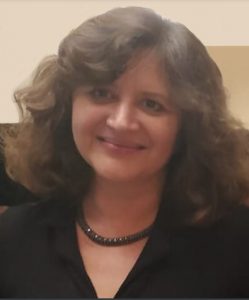 Lerner: My research focuses on the neural mechanisms mediating real-world events, mechanisms that underlie cognitive processes and allow us to perceive and interpret information achieved from the environment. Over the last two decades, I have employed functional MRI, modeling, physiology, and behavior to investigate the complex space-time modality in the human brain. Currently, the main line of the research in my lab is to study neuro-psychiatric disorders, such as mild cognitive impairment and schizophrenia, to understand the pathological conditions. However, when Marlene Behrmann, a world-renowned expert in visual cognition, suggested collaboration on this project, I enthusiastically agreed. I have never worked with kids or their data before, and this was a challenging and very important experience.

CNS: What new insight were you seeking with this study?

Scherf: We were trying to get around some classic computational problems in the analysis of fMRI data to evaluate a central hypothesis: namely, that younger individuals have highly variable and inconsistent neural responses to visual experiences. In other words, we predicted that young people have more unique and inconsistent neural responses to visual experiences and, that part of the developmental process, particularly during adolescence, when much of behavior is becoming more adult-like as is the functional architecture of the adolescent brain, is increasing consistency across individuals in the specific set of regions that encode and process visual information.

So instead of asking when a particular region “matures” in its individual pattern of activation which uses a more classic analytic approach, we investigated how activation across the entire cortex changes during adolescence. This allowed us to discover regions that both overlap with and are different from those that adults use when processing the same information. We could also track developmentally how and when adolescents began using similar regions as the adults.

CNS: Why use film?

Lerner:  It has been almost 20 years since the first probes of combining the cinematography and neuroimaging techniques to understand mechanisms undergoing human brain functions have been done. Before that, most neuroimaging studies used highly controlled experimental settings with only a few number of simple conditions. With this, the situations that we face every day and, more of that, our environment at any moment are much more complex.

Films have story plots that allow us to recreate the spirit of real life in the magnet. Films as stimuli, not only simultaneously involve different sensory systems into the processing, but they also captivate our attention, awaken the full spectrum of emotions, and trigger cognitive processes. So, using the movie viewing approach, we tried to simulate involvement in naturalistic, complex social interactions and evaluate changes in neural activation.

CNS: What made you choose ”Escape to Witch Mountain” specifically?

Scherf: When we developed this project, we agreed that the movie had to satisfy multiple requirements: it needed to be social in nature, not animated, G-rated, include children and/or young adolescent characters, have an interesting plot, be unfamiliar. So many movies in the last 20 years that are designed for children and adolescents do not fit these criteria. As a result, I thought about movies from my childhood that could work. This led me to “Escape to Witch Mountain.”

I hope that our findings encourage people to be understanding, patient, and inspired by adolescents as they undergo these important changes in the face of these changing expectations for their behavior. -Suzanne Scherf

Scherf: I find it most interesting that our results did not support a couple of predictions from the literature. First, the literature would have predicted that regions in the back of the brain (e.g., visual cortex, parietal cortex) would evince more adult-like patterns of neural coherence before more anterior regions (e.g., middle frontal gyrus, insula). In fact, that is not what we found. For example, older adolescents exhibited more neural coherence than adults in some of the frontal regions, like the middle frontal gyrus.

Second, much of the existing work investigating age-related changes in brain function is primarily focused on examining linear changes. However, developmental change is often non-linear and we see this in these data as well.

CNS: What do you most want people to understand about this study?

Scherf: Our findings help illustrate that the brains of adolescents allow them to see the world in ways that are somewhat like adults, but also similar to younger minds, which makes for an interesting, and potentially unique position for adolescents. These findings contribute to a large literature indicating that there are ongoing changes in the brains of adolescents. This is important to consider in the context of the impressive expectations that exist for adolescents concerning emerging independence and the ability to take responsibility for their behavior and actions. I hope that our findings encourage people to be understanding, patient, and inspired by adolescents as they undergo these important changes in the face of these changing expectations for their behavior.

Scherf: I am very interested in understanding the influence of pubertal development specifically on functional brain development. I would like to apply this approach to address questions about how neural coherence varies among individuals who are matched in age but vary in pubertal development, particularly in regions that process social information about peers given the importance of peers during adolescence.

Lerner: The developmental curves that we uncovered in this study relate only to the period of adolescence. Thus, first of all, it would be of great interest to employ the same approach and examine different models of functional brain development in younger children.

Also, I would like to note that the sample sizes at each age in current research were modest, thus diminishing the power of analyses in general and restricting close statistical scrutiny of the within-region changes, in particular. So, acquiring the additional data will permit us to expand the analytical skills to research and interpret our results.

Previous article: Age-Related Differences in How the Sleeping Brain Affects Future Thinking
Next article: It’s the Quality Not Just the Quantity of Words That Counts in Aphasia