Sarah-Jayne Blakemore studies topics that are on many people’s minds daily, especially those of us who are parents of teenagers: the adolescent brain. Working to understand the development of the brain in adolescents is a labor of love that began when she was studying schizophrenia during her PhD and postdoc research in the early 2000s.

“I became interested in the fact that, when I asked patients with schizophrenia  at what age they first started experiencing their symptoms, they all said, some age between about 18 and 26,” recalls Blakemore, a cognitive neuroscientist at the University of Cambridge. “So late teens to mid- 20s seemed like the period when schizophrenia started, and I became interested in the question: What is it about brain development that is different in teenagers who develop schizophrenia compared with teenagers who don’t?”

Blakemore was surprised to learn that very little was known at the time about how the human brain changes during adolescence, defined now as ages 10 to 24 years old. She decided to change the focus of her own research to study the adolescent brain, and research in this area has massively expanded over the last two decades.

In her upcoming keynote lecture for the CNS annual meeting in San Francisco in April 2022, Blakemore will be sharing new data from studies about the effects of social media on adolescents and, even more relevant than ever in COVID times, the effects of social isolation on behavior and mental health in adolescents. I spoke with Blakemore about her upcoming keynote, what has changed in the field over the past two decades, and what she is looking forward to at the CNS 2022 conference. 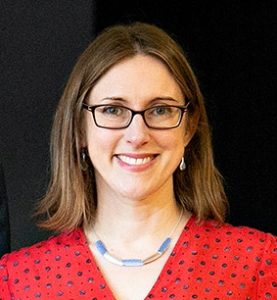 CNS: Let’s start with the study on social isolation in adolescents that you will be presenting on. What can you tell us about the new work?

Blakemore: It’s an experimental study that has never been done before in humans, only in animals. And we’ve almost finished data collection, and I hope to be able to share some of the results at the conference in April.

There is a rich literature of animal studies, particularly rodents, showing that if you socially isolate mice or rats during their adolescence, which lasts about 30 days, that has unique consequences on their brain development, behavioral development, and their mental health compared with the same social isolation either before puberty, or in adulthood.

In humans, no one had done these studies before. But a postdoc at MIT, Livia Tomova, was studying the effects of social isolation in adults when working with Rebecca Saxe. Their study involved a 10 hour period of being socially isolated in a room. There was food and a bathroom and stuff to do, but nothing social — no watching television, no phones, no internet, no books with characters in them. They found that social isolation is a bit like food deprivation in terms of its effects on the brain; it makes you crave social stimuli, just like food deprivation makes you crave food. Social interaction is a basic human need just like eating; perhaps this is why the most severe punishment around the world after death is solitary confinement.

So Tomova and I, together with Emily Towner and Kirsten Thomas at Cambridge, wanted to do a similar study in adolescence. In our study, we are scanning adolescent participants before isolation using fMRI, and running a number of cognitive tasks and questionnaires before and after isolation. It is a similar setup to Tomova’s original study but, in an additional isolation condition, participants can bring their phones. Our hypothesis is that, firstly, isolation will affect a variety of different cognitive processes such as the effects of social influence. We also hypothesize that it will affect mental health measures, such as loneliness and anxiety. And finally, we predict that the social media condition will mitigate some of the effects of isolation.

CNS: What about the study on social media use in adolescents? Are there findings yet you can share?

Blakemore: Amy Orben and colleagues are analyzing data from around 17,000 people who were studied longitudinally, looking at self-reported social media use. We know from previous studies that the correlation between social media use and wellbeing in adolescence is significant, but tiny. … We wanted to investigate whether certain stages of adolescent development might coincide with a change in how young people interact with and are impacted by social media use. We found that there are points in adolescence when more social media use leads to lower life satisfaction, and that it’s important to take into account developmental stages when considering this relationship.

CNS: In all the work on the adolescent brain so far, what have you been most surprised to learn so far?

Blakemore: When I was an undergraduate in the mid 1990s, which was also when I went to my first CNS conference, we were taught that the human brain stops developing in childhood. We now know that’s absolutely not the case. We know that because we can now scan the living human brain and look at how it changes throughout the lifespan. And what those many studies have shown and replicated many times is that, in fact, the human brain continues to develop throughout childhood and adolescence and even into 20s and 30s. That was a surprise, I think, for most people at the time.

CNS: What do you remember about that first CNS meeting you attended?

Blakemore:  I’d never been to a scientific conference before, so it was amazing. I remember some fascinating talks and posters. At the time I was doing a degree in experimental psychology, and it was so interesting to learn about studies linking the mind to the brain. Back then it was largely ERP [event-related potentials] research whereas now, although EEG is still well represented, it’s largely fMRI and MEG. It’s interesting how technology has changed over the decades, and you can see that represented at the conference.

The ability to scan a living human brain with structural and functional MRI has been completely revolutionary for how we understand brain development in humans.

CNS: What excites you most about technology now?

Blakemore: As I mentioned before, the ability to scan a living human brain with structural and functional MRI has been completely revolutionary for how we understand brain development in humans. But at the moment, we’re limited in terms of what we can see.  We can see macrostructural development, the development of gray matter volume and white matter volume, but it’s much harder to see microstructural change. There are some scanners and sequences that allow you to image the brain at a deep microstructural level and that’s exciting, but it is still limited. I think that’s the next big thing in MRI because we need to be able to observe the human brain at a more fine-grained microstructural resolution. Maybe in some decades time, we’ll be able to use MRI to observe the living human brain at the level of neurons, dendrites and synapses.

CNS: So there have been big tech changes in the field. How about how the field has changed for women?

Blakemore: I came into this area almost 25 years ago, and I cannot tell you how much things have changed between then and now. It’s a completely different landscape. Back then, there were very few female professors. I mean, you could count them on one hand. That has changed dramatically. In our field now, about half the people I know in this country who are professors are women. And they’re in positions of power — heads of department, faculty, directors of institutes. On the other hand, there are countless studies showing that bias against women is still prevalent, from citation bias and hiring to the gender pay gap. …

I’m also concerned about other minority groups such as ethnic minorities and different socioeconomic groups, which are very underrepresented in research and academia. It’s difficult to create a culture change and the problem is, we’re not doing enough to achieve that. In the UK at least, we’re losing a lot of talent by not doing enough to encourage young people who are from disadvantaged backgrounds to come into research.

CNS: What are you looking forward to at CNS next year in April?

Blakemore: I’m looking forward to an in person conference; it will be my first in three years. I am looking forward to interacting in person with colleagues, many of whom I haven’t seen in years because of the pandemic. The conference is the best place to forge collaborations, to come up with new ideas, to meet people from different disciplines, and to add value to your research. I think this pandemic has made us realize that even more than we already did, because we’ve been deprived of such opportunities. Online conferences are fine; it’s great that you can access interesting talks and posters, but they do not allow the same level of social interaction as in person, like the incidental chats you have next to a poster. That is really important. I’m also looking forward to going back to the wonderful city of San Francisco.