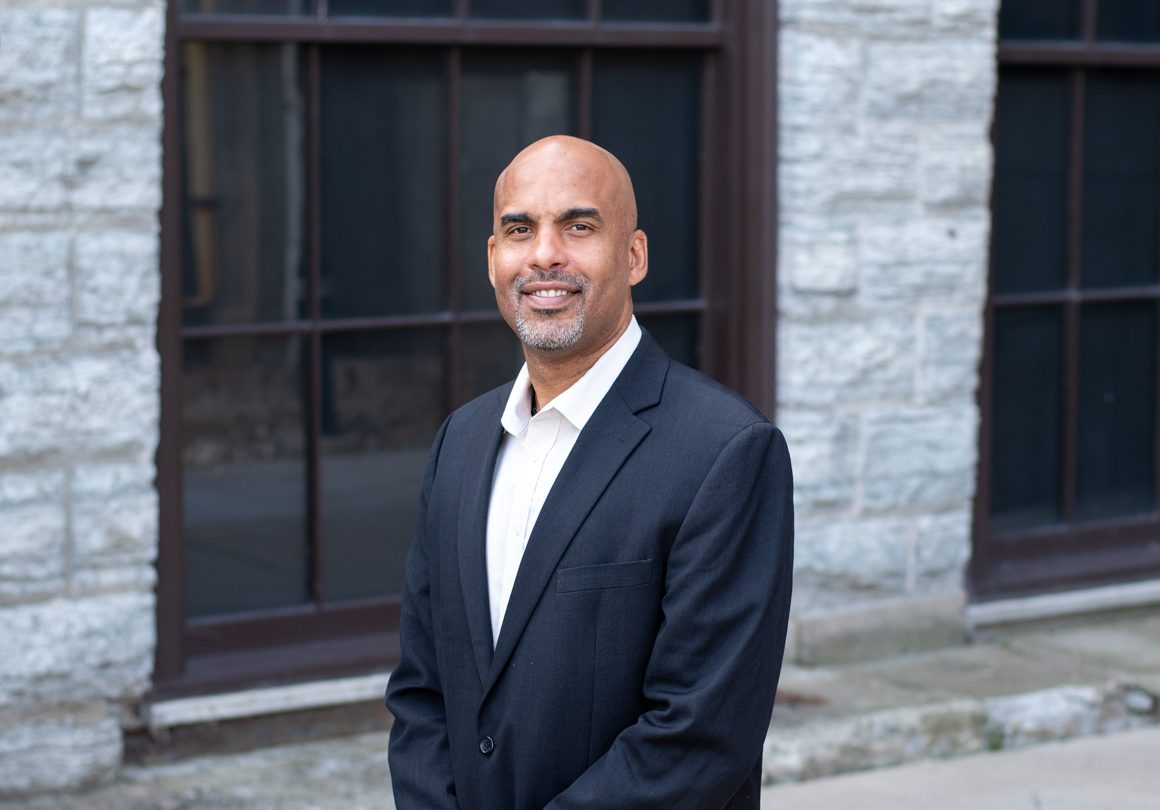 Although the global pandemic has slowed his lab’s data collection to a halt, COVID-19 has nothing on cognitive neuroscientist Damien Fair. In the middle of the global health crisis, he moved from Oregon Health & Science University to the University of Minnesota, began the Masonic Institute for the Developing Brain in Minnesota, and won a MacArthur “Genius Grant.” And though he cannot currently recruit participants for his developmental cognitive neuroscience studies, his data analysis is full steam ahead.

He is also already eyeing future areas of research, including the long-term impact of COVID-19. “With our research, we very much believe that some of the atypical trajectories in health start very early. And monster events like COVID induce a lot of stress, as well modifications in habits, environmental exposures, and health,” Fair says. “All that is going to be critical in the next few years, to closely evaluate how this event in society is changing brain trajectories, to keep an eye on long-term health.”

Understanding how the brain shapes trajectories early in life has been the focus of Fair’s career in developmental cognitive neuroscience. As he works to better understand individual differences in brain health, he has also prioritized working with marginalized and underrepresented communities to expose them to the latest in science and health.

Via Zoom, we spoke with Fair about this work, how he got started in the field, and how he thinks the field of cognitive neuroscience is doing in addressing equity in science and academia.

CNS: What got you interested in cognitive neuroscience in the first place?

Fair: I kind of fell into it, maybe a little bit by accident. In my previous life, I was a physician’s assistant (PA), training and practicing at Yale New Haven Hospital. I was going that route because I didn’t know if I wanted to do medical school or not. I went through all that process and realized I didn’t want to be a clinician.

But I was able to get a job at the neurology department at the hospital, to do both some clinical research and practice as a PA. I worked with a physician named Larry Brass, who was a neurologist that worked on cerebrovascular disease and stroke. I ended up doing a project with one of the residents there to look at the visual cortex of people with different central nervous system injuries using fMRI.  The project itself went nowhere, but I realized that doing research with this technique — where you can peer and understand how the brain is functioning without actually touching it — was something I had to do. I decided to go back to grad school and get a Ph.D. to do fMRI work.

I ended up teaming up with Brad Schlaggar, who is now CEO at the Kennedy Krieger Institute, for my thesis; he was doing work in perinatal stroke and looking at how the brain recovers over time. It was at Washington University in St Louis, which was well-known for its MRI capabilities and also essentially the birthplace of cognitive neuroscience. With the onslaught of functional connectivity methods at the time, I brought some cognitive neuroscience techniques to my project, in collaboration with Mark Raichle and Mike Fox. My world turned very quickly into studying developmental cognitive neuroscience.

CNS: What are some of the central questions your work is now exploring?

Fair: We’re all about trying to understand some basic principles of how the brain changes over time and how that’s associated with changes in complex behaviors. The difficulty is that our measurements are crude; they are indirect measures of what’s happening in biology. It’s hard to understand specifically what’s happening with the measurements we have. So we try to utilize noninvasive imaging and animal models to bridge some of that divide.

We have a good sense that some of the mental health disorders and disorders of aging have their roots early in development. We’re on a path, a trajectory, and likely the most effective way to correct trajectory is not at the time when symptoms start occurring but the trajectory starts veering off. There’s unlikely to be one size fits all; multiple different paths that lead to similar phenotypes. We have lots of questions around how you parse the variability in our data to better personalize our understanding of how the brain works. And of course, because our methods are very crude, we’re always asking questions about how to make them better.

Coming through and training in academia, you realize that there are a lot of folks with the capability to do what I do but don’t ever have the chance. For me, I have been very fortunate to have all the right marks to make it through the system, but it wasn’t always smooth sailing. For a lot of folks who look like me, they don’t get as lucky.

CNS: What is it like working with children and babies in fMRI work?

Fair: It’s very challenging; it’s not for the lighthearted to go into this field. The methods and approaches for how to collect the data are probably just as important as ideas and questions we’re asking. It’s easy to get fooled by kids stuff, like they move a lot. Movement is like kryptonite to the MRI. It’s a big challenge but critical for answering a lot of the big questions. We have to figure it out, and as a field, we’re progressing nicely.

CNS: For your MacArthur fellowship, how are you planning to use the funds?

Fair: The MacArthur Fellowship is a fascinating award because it’s completely wide open how you want to use the funds. I am thinking through something outside the box, that would typically not get funded.

One arm of my lab and my career has been to bring exposure of what I do and what others do in STEM-related fields to folks who don’t usually get to see that, to marginalized and underrepresented communities — to maximize the number of brains that we have studying brains. I think there is potentially an opportunity for my legacy to make a big impact in that realm because of where I sit. My wife is a urogynecologist and surgeon, who studies women’s health and has done a lot of work in developing countries, trying to increase the capacity for folks in marginalized communities to learn and train ways that lead to healthier lives. So we have been talking about ways to potentially combine forces, to develop some maternal-infant health programs that would build capacity in various types of marginalized communities and increase exposure for kids who don’t typically have access to the type of work we do.

CNS: What drives your work in helping marginalized and underrepresented communities?

Fair: Coming through and training in academia, you realize that there are a lot of folks with the capability to do what I do but don’t ever have the chance. For me, I have been very fortunate to have all the right marks to make it through the system, but it wasn’t always smooth sailing. For a lot of folks who look like me, they don’t get as lucky.

I think the best way to contribute to fix some of these trends we see in academia with regards to diversity is for me to be successful. At the same time, I have been using my position and my fortunate circumstances to give back and pay it forward. When I opened up my lab as a new assistant professor, that was one thing I instilled in the lab culture very early. And as my career has grown, some of the opportunities have grown to expand on that. My drive is toward correcting some inequities we see in academia.

CNS: How is cognitive neuroscience doing as a field in addressing inequities in academia?

Fair: There are certainly a lot of folks who understand the issue and are motivated to help fix it. But for the most part, it seems that it’s very much ideas; we haven’t gotten to the point where the value of having a diverse community has really shown its true colors. Until we value it as a field — as important as getting tenure or a grant — it’s probably going to continue to be a slow ascent to true equity. The times are changing, primarily because of social unrest that has inundated the country this year. At same time, I haven’t really seen that level of commitment really rise to the top. We’re very resource-limited — the field, societies, departments — so anytime you shuffle the deck, so to speak, on what you’re prioritizing, something is going to lose. I don’t really feel the field has been prepared for something to lose yet, even though they recognize the importance.

We do see some changes. For example: there’s been a big shift in how graduate departments view standardized tests like the GRE; there’s been an outcry by students to make big changes with regard to STEM equity; and there’s been a lot more investment to encourage new faculty. So, there’s slow movement, but the real push will happen when value reaches the level it deserves.

We haven’t gotten to the point where the value of having a diverse community has really shown its true colors. Until we value it as a field — as important as getting tenure or a grant — it’s probably going to continue to be a slow ascent to true equity.

CNS: What are some of the key contributions from your work that you are most proud of?

Fair: There are several findings that have been important for moving the field.

One, early on with my colleague Nico Dosenbach and our mentors Steve Peterson and Brad Schlaggar, is that the brain, from a 10,000-foot view is actually organized into a relatively small number of distributed systems. We were able to identify a lot of these systems with resting state fMRI. That has been a lasting principle that is now taken for granted by a lot of the field, and that multiple other labs showed around the same time.

Another is that connectivity measures can be used very early to see how tightly some of these systems are affected by environmental exposures during pregnancy; that’s when building of the brain is actually happening, so it’s not surprising that these trajectories are already in place even before we get the first fMRI scan.

A third is the principle that any given atypical behavior is unlikely to be subserved by one profile or pattern of the brain. You need  to understand variability to understand how the brain is working.

The last, which is being flipped into a new company, is to address issues with motion in fMRI. With Dosenbach, we are working to mitigate motion in pediatric sampling around the world.

CNS: Is there anything else you’d like to add that I haven’t asked about?

Fair: It’s exciting to see our field grow and mature. I am lucky to have been trained not long after the field began. I have watched the exponential rise in participation and discovery, which makes it very exciting. And I am happy to be part of the Cognitive Neuroscience Society.

Previous article: Now Playing: Understanding How Socioeconomic Status Affects the Brain
Next article: Moving the Body to Advance Cognition and Protect Against Dementia